Home > Might Be Interesting > Our 2 Bicycles Were Stolen: Why You Need to Prioritize Safety

The sun is shining brightly in Portland, Oregon. Although it’s too hot for a bicycle ride in Springwater Corridor trail, I kept our goal for the Long Ride Home Project in mind to keep me going.

After a day’s worth of cycling, Ryan and I just got back and went to a nearby convenience store for some drinks to cool us off. After finally getting refreshed, I suddenly heard him exclaim. I was caught by surprise when I heard his voice raised because he wasn’t usually like that.

And then, I realized the reason why he was all shaken up: our bikes were stolen.

I must admit, what happened was very disappointing considering our noble cause. Nevertheless, it did happen to us and we’ve learned our lesson: always remember to secure your bike even when going on a short errand close by.

However, I am still thankful that no one got hurt. I can only imagine what could have transpired if we came out of the store earlier than we did and caught the culprit red-handed— that could’ve been a bigger mess.

Still, this event caused me to ponder about safety on the road, not just for myself but also for every other bicycle rider out there.

Based on my research, there are two kinds of bike thieves out there: the opportunist and the professional bike bandit.

As the moniker indicates, the opportunist takes advantage of unlocked bikes that are left outside shops and establishments. Meanwhile, professional bike thieves plan for the heist by seeking information about a certain upmarket bike before stealing it.

To best understand how to protect against these criminals, you should be armed with knowledge on how to deal with them based on their MOs. More on this you can read in the essay about traveling.

Thwarting opportunists is quite simple — buy a lock to secure your bike with and never forget to do it when you go out. That’s what we should’ve done.

Professional bike robbers, on the other hand, are the type that would break into your garage to take your precious two-wheeled ride. After doing so, they break up the bike and sell parts in the market.

How to Prevent Bike Theft

To keep the same frustrating kerfuffle from happening to you, it is important to know how to defend against these marauders. Here are some strategies you can try:

Securing your bike isn’t just about chaining it to any rod you can find— you should also consider whether it can be easily moved or not. The key is to look for heavy or relatively permanent things like trees, electric poles, and the like.

Also, make sure to store your ride inside the house or shed as much as possible. You may also keep it in your balcony so long as it is in a higher level of a tall building. Otherwise, don’t. Also, terraces don’t have much to offer when it comes to visual concealment or physical security, so it is best to avoid these as well.

If you really want to keep your bike thief-proof, one of the first things you should do is to get yourself the best lock you can afford. Although they may be common, cable locks don’t offer much in terms of preventing bike theft since they can easily be cut by garden scissors.

U-type padlocks are a tad better, but they are not without fault. So, instead of using one U-lock that can be damaged by an angle-grinder in less than a minute, use two. This will make the crook hesitate as he would want to be in-and-out of the crime scene as fast as possible.

There are cases when individual bike parts are stolen, instead of the entire bike. This often happens when the man-powered vehicle is secured to a pole or tree by a wheel or a handlebar.

Because of this, it is important that you secure even the individual parts of your bike with a rivet. For seat post and wheels, you can use rods with complicated bolts-heads that use special keys instead of the traditional bolts and screws.

Another way to outsmart thieves is to randomize the places where you secure your bike in. This applies when you are cycling to commute. It is also better not to park it with other bikes, especially if it has some valuable parts that can be sold for a fortune.

Finally, establishing a routine of securing your bike before leaving it outside when you go on an errand is definitely worth it. Once it has become a habit, you are ensured that there less chance of bike theft.

Cycling is a sport and a hobby that has helped many veterans get over scars from their time in the battlefield. Even before I joined the Long Road Home Project, it has been one of the things that experts recommended for retired military personnel who are having trouble transitioning into the community.

Now, it is—  for me, at least—  is something far greater than just any past-time: it is a way we are able to bring home the courage and sacrifice those who couldn’t make it. 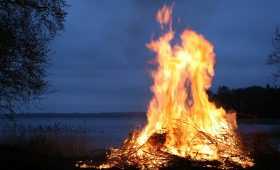